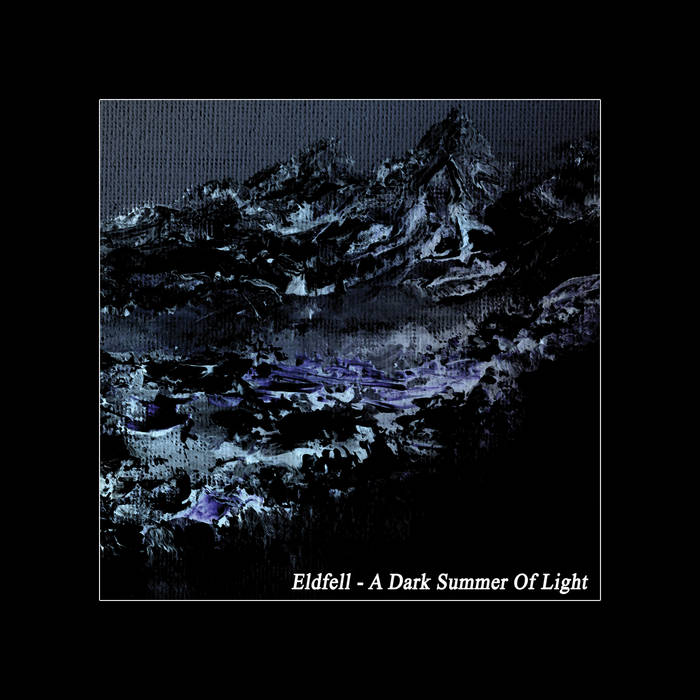 In a Land of Fire & Ice, where very septentrional vibes dwell, grow, breathe and love the Fate that the Titans offered in an ecstasy of Chaos, underlive wiv dark persistance some of the acausal monuments of forthcoming Aeons.

A taste of the Ancient Ones...

« Eldfell » stands among the ruins of antedeluvian monoliths at the heart of the Boreal Night, overlooking the void of past existences, lacerated by the icy winds which now reign supreme on these abandoned moors forgotten by Men and Gods and invites the listener to seize a secular throne.

Thus begins the harvest of sacred Peat or how to appropriate the food of the Ages.

May the fruit of this research reveal what it has always been by substituting the deep nature of Being for the lie of a social life with uncertain contours.

Art as a mirror of the Soul, sublimating its Ethos into an abstract project nourished by our efforts and past and future experiences...

Limited to 100 copies in 4 panel Digipack.

"The band mixes the traditional Black Metal sound of French scene (that has that harsh and funereal feeling, but with some darkened and hypnotic melodies) with Dark Ambient Music, creating something that is hypnotic and aggressive, yet harsh and oppressive. But it’s not as easy to swallow as it seems, and imagine this form of music expressed in only two songs (both lasting more than 15 minutes). The production is an inheritance of LLN days: harsh and crude, as could be expected. But unlike those days, this album was recorded in a way that, even with the raw feeling being there, all of the musical content can be understood without great efforts from the listeners." www.metal-temple.com/site/catalogues/entry/reviews/cd_3/l_2/leda-spiridon-edfell.htm


"Ambient, diverse, atmospheric black metal from France, yes, we are talking about LEDA SPIRIDON‘s newest full length album. This is foray into a funeralesque, dark melodied meld blending traditional black metal sound with long breaks of ambient effects spread through the 2 tracks (On band’s Bandcamp). The 2 tracks are “A Dark Summer Light Part 1” and “A Dark Summer Light Part II” and total just over 34 minutes of listening time." www.blessedaltarzine.com/2020/06/01/leda-spiridon-eldfell-a-dark-summer-of-light/

"We continue to stumble along with our guitar guides in "Eldfell ... Part II" which take us past some dubious soundscapes of steaming background noises, rumbles of something lurking behind us, circling hover drones, distant voices and a raspy chanting daemon voice. In the tenebrous firmament overhead, banging and clanging metal noises can be heard reverberating in the distance. Later in the track the music turns more to old skool black metal of a style that (for me) recalls Ved Buens Ende in that band's 1990s glory days. Like VBE, Leda Spiridon experiment with their brand of melodic BM, giving equal time to a distinct bass style and sound, and the music apt to pause frequently for brief split-second ambience or feedback noise to ooze through." www.metal-archives.com/reviews/Leda_Spiridon/Eldfell_-_A_Dark_Summer_of_Light/802294/NausikaDalazBlindaz/83846

Dark soundscapes start off the album before going into a heavier direction while all of the musical instruments also have a very powerful sound to them. Nature sounds can also be heard briefly along with the vocals being mostly grim sounding black metal screams and the riffs also add in a great amount of melody.
occultblackmetalzine.blogspot.com/2020/03/leda-spiridonedfell-dark-summer-of.html